Eighty Days Around the World 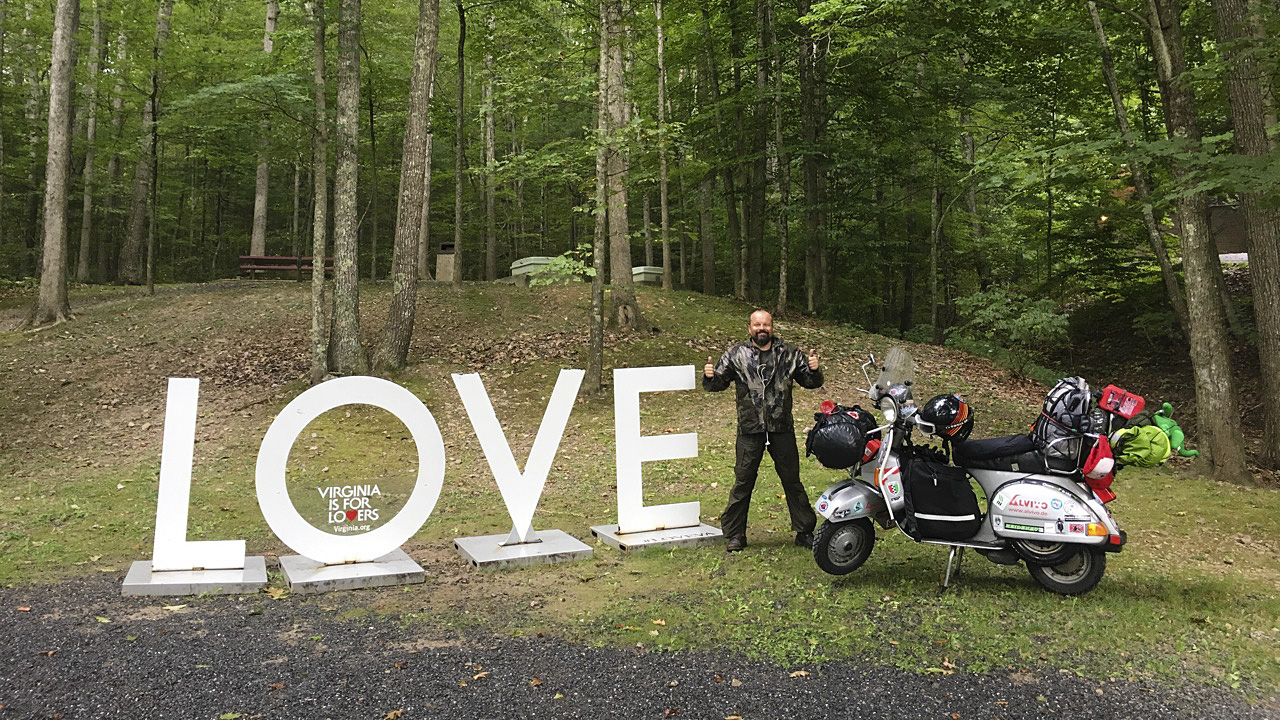 It had just started to drizzle again. My family and I were headed to Richmond, Virginia, via Interstate 64, confronting a bit of rain along the way. We had just taken a timed family selfie at the Virginia is For Lovers sign outside the state welcome center, when a man on what I thought was a motorcycle pulled up—camouflage jacket drenched with rain. He asked if I would take a photo of him. I obliged, taking his cellphone, thinking that if he’d arrived a minute earlier we wouldn’t have had to use the timer on mine.

Given the amount of gear he was carrying, it was clear this was a man on a mission. Detecting an accent, I asked where he was from. He said he was coming from San Francisco, a city we had also recently departed, but by air. Pressing further, I discovered this sopping, sociable sojourner came all the way from Germany and was on the tail end of a remarkable journey.

Markus began his 80-day world tour in Madrid, Spain. All the primary roads in Spain originate from this spot in the Spanish capital. [Photo courtesy of Markus Mayer]

Markus embarked on a coast-to-coast tour of the United States during his 80-day world tour, beginning in San Francisco, Calif. [Photo courtesy of Markus Mayer]

This is where I, Scott Lashinsky, Stories of Our City producer, met Markus in Covington, Va. Markus completed his coast-to-coast U.S. tour in Virginia Beach, Va., shortly thereafter. [Photo by Scott Lashinsky]

In order to be prepared for almost everything, Markus' scooters were loaded down with 110 pounds (50 kilograms) of gear—including water, fuel, a medical kit, medication, and camping gear. [Photo courtesy of Markus Mayer] 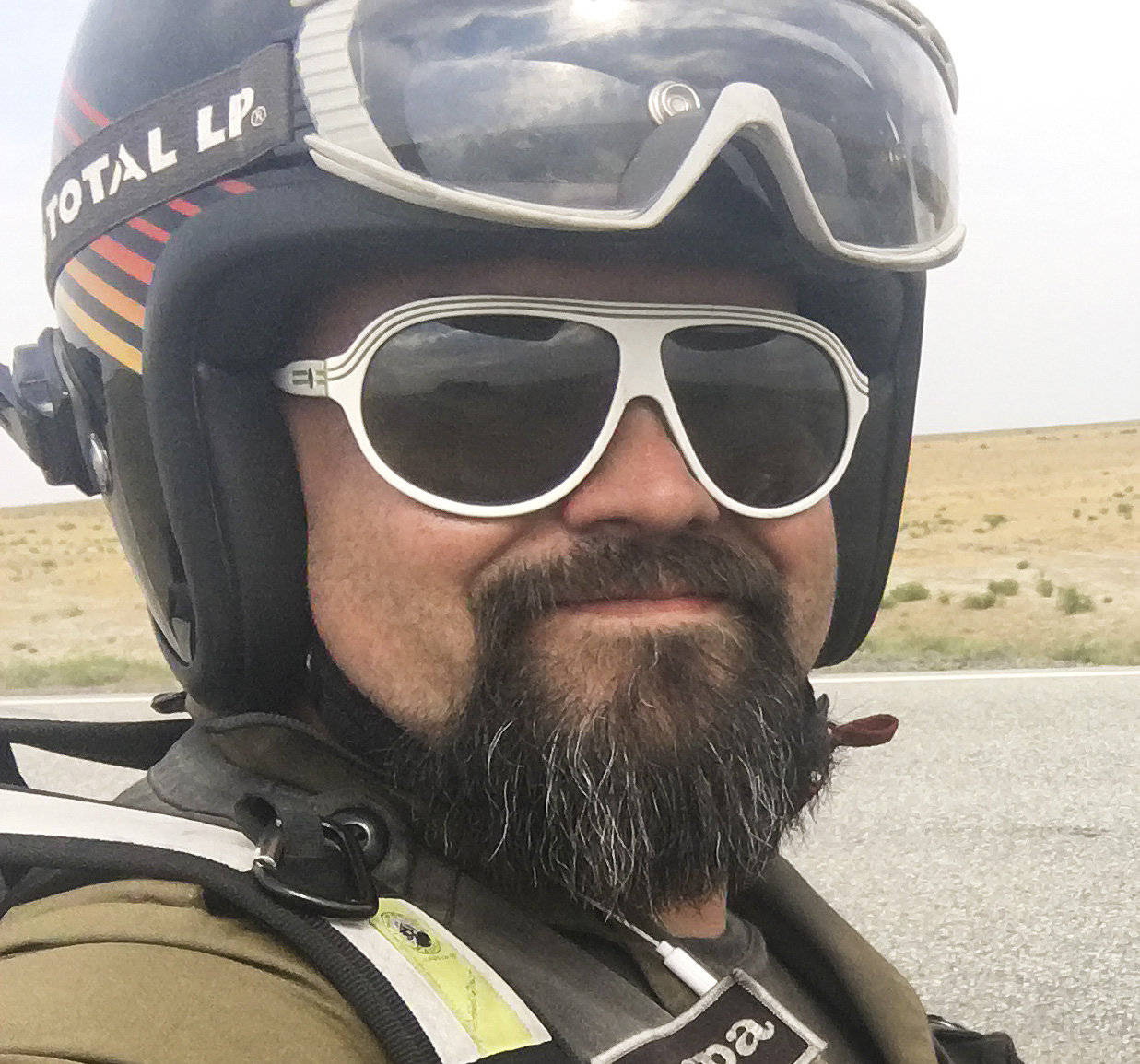