Mili and her husband, Deep, are passionate about traveling, new cuisine, and culture. Their shared love of travel is in fact one of the things that brought them together and helps keep their love alive. In this episode, as Mili recounts their latest adventure of an international move, it’s obvious she never forgets to pack her sense of humor. Mili’s contagious laughter reminds us that if we will let it, traveling can provide new perspectives, time to connect with loved ones, and a repertoire of stories to share.

When Eddie, a young native of Seville, Spain, got tired of his homeland and caught the travel bug he decided to move to Paris on a whim. Without a job awaiting upon arrival, the obvious question haunted him: ‘Will I find a job before I run out of money?’

A Witness, A Testimony, A Fight:
Part II (The Fight)

In part two of Omar’s story, he expresses the ongoing struggle he faces as a refugee in Paris, seeking to succeed in his life and art for the sake of his family far away.

A Witness, A Testimony, A Fight:
Part I (The Witness)

For Omar Ibrahim, art is an extension of existence and self. As a Syrian, he cannot escape the imprint of the ongoing Syrian war upon his life, his family, and his mind … and, therefore, ultimately on his art. It is a reality he reluctantly embraces, while at the same time bravely seeks to change through his artwork and life. 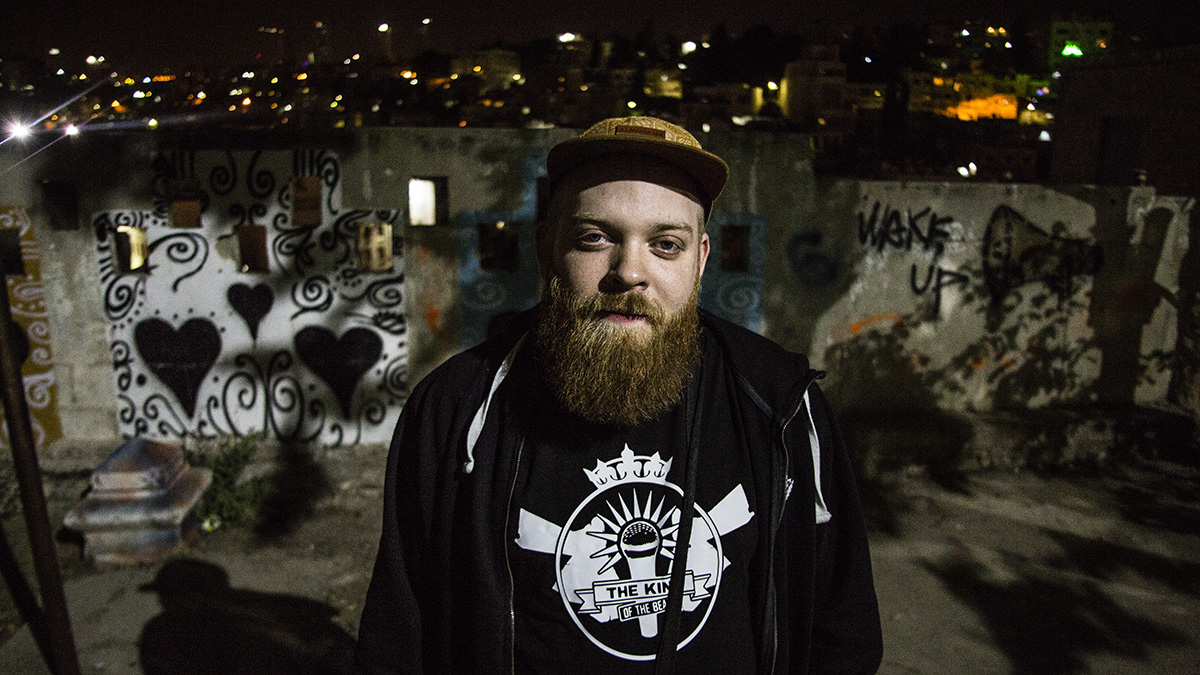 When one thinks of Paris, France, the Eiffel Tower often comes to mind. But in the hip-hop world, Paris is known for its strong beatbox community. Among them is K.I.M.—an acronym for Killer Inside Me—a jolly, full-bearded Frenchman who won the French Beatbox Championship in 2011 with only four years of experience under his belt. In this week’s podcast the talented beatboxer talks about the strength and camaraderie of the French beatbox scene and how he got into the craft, which has now taken him all over the world.