San Francisco is one of the most culturally diverse communities in the United States … and the world. Perhaps this is one of the reasons the City by the Bay is itself so colorful, especially at night. Come along as we visit some of San Francisco’s most prominent landmarks under the cover of night.

The Golden Gate Bridge is consistently ranked among the top landmarks in San Francisco in the media. This “international orange” (not red) bridge could easily be called the city’s most iconic landmark. Here, it serves as the dusk backdrop for the photographer’s reflected self-portrait using a widow at the Walt Disney Family Museum, which is located at The Presidio of San Francisco—another of the City by the Bay’s top historical landmarks.

Union Square, a park and shopping district in downtown San Francisco, is another popular city destination. Though it can be a feast for the senses at all hours of the day, it can be especially alluring at night.

The San Francisco City Hall is arguably the most breathtaking man-made display the city’s nightscape has to offer. Check out some of the other lighting displays this government building has boasted over the years here.

Another striking man-made visual display can be found just steps away from City Hall: the Louise M. Davies Symphony Hall, home of the San Francisco Symphony (SFS). The SFS is widely considered to be one of the top 20 orchestras in the world, and is famously known to have partnered with Metallica, another San Francisco musical act, for a series of concerts and a live album—a song from which garnered a Grammy.

San Francisco’s famed Painted Ladies—a row of Victorian houses at the edge of Alamo Square Park famously featured in many movies and TV shows—are usually best viewed by daytime, but the view is also striking by night, as the illuminated cityscape serves as their backdrop.

Just around the corner from the Alamo Square Park one can find Emporium SF, an old theater turned classic arcade bar. This nightlife hot spot is a dream for many Gen Xers, as it boasts many popular arcade games from the 80s and 90s.

A Taste of the Middle East 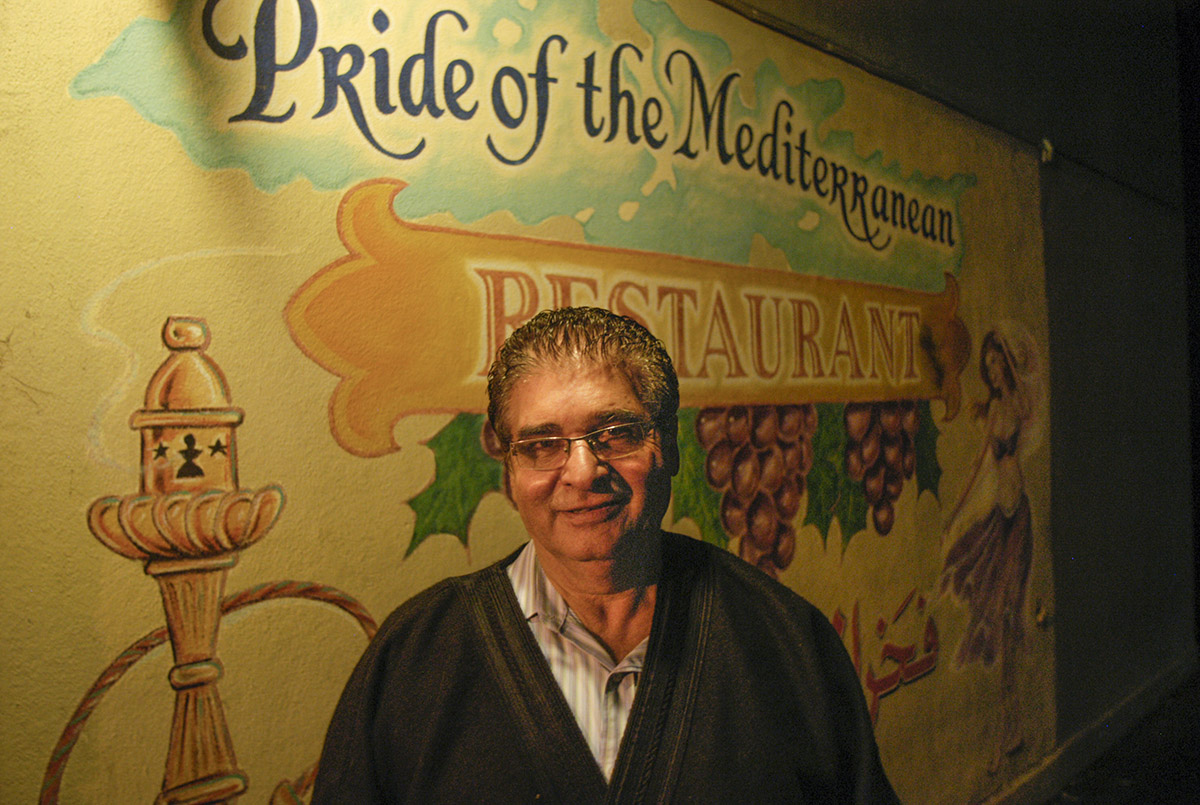 Adnan Abu Sharkh, more commonly known simply as Sharkhy (SHärkē), has run his authentic Middle Eastern restaurant, Pride of the Mediterranean, in the famed Fillmore district of San Francisco, California, for more than 20 years—since the early ‘90s. Hear Sharkhy share about his love for Arabic food and culture and how he, a native Palestinian, came to be a passionate restaurateur on one of America’s most renowned streets.