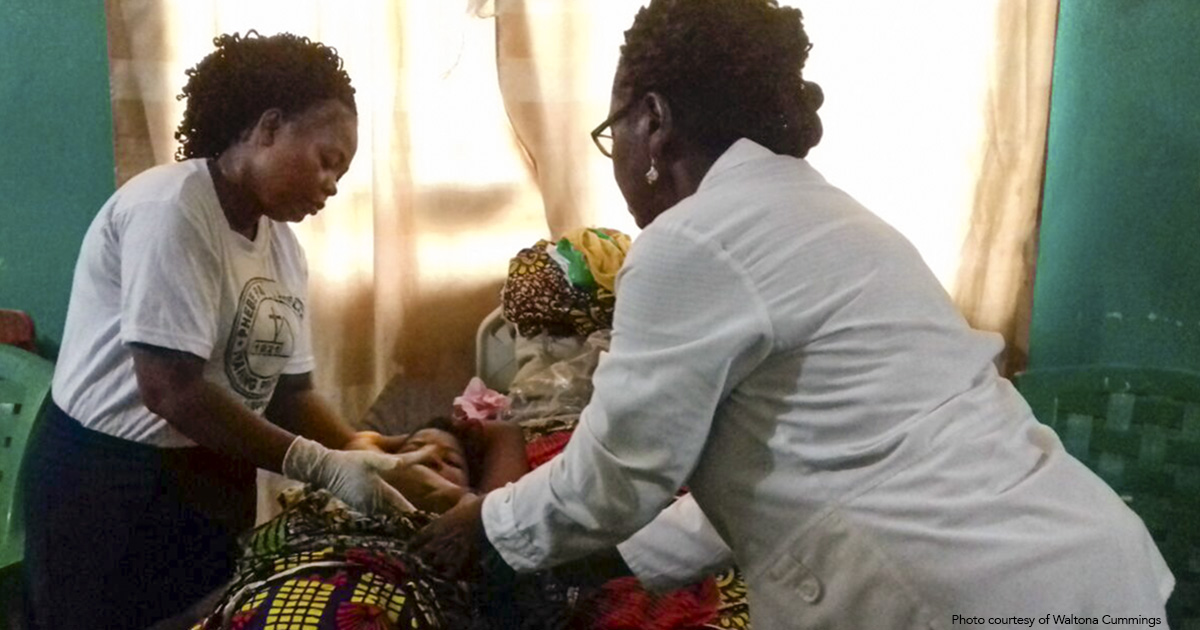 The country of Liberia is nestled on the Atlantic coast of West Africa between Sierra Leone and Côte d’Ivoire. In recent history, civil war and disease have wreaked havoc on the country’s already small population. The country’s healthcare sector in particular has taken a big hit and remains understaffed with a largely undertrained workforce in many areas of the country. Sadly, Liberia is also one of the most dangerous places in the world for a mother to give birth. In fact, according to the World Health Organization, out of every 100,000 live births in Liberia, 725 mothers will die. This is compared to six in Australia, 14 in the USA, and nine in the United Kingdom.

But great strides are being made in equipping the next generation of healthcare workers in Liberia through the work of organizations and individuals such as Seed Global Health and Waltona (wal-tee-na) Cummings. Take a listen as Waltona, a native of neighboring Sierra Leone, shares her story of being a nurse and nurse midwife educator. She and her colleagues in Liberia are working to save lives by raising the education standard one student at a time in hopes of building a stronger and healthier future for a country that has already lost so much.